THE HISTORY OF WESTPORT ESTATE

On the traditional lands of the Dja Dja Wurrung, Taungurung and Wurundjeri Woi Wurrung peoples in the beautiful Macedon Ranges region sits Westport Estate. A heritage estate with an Indian Bungalow and extensive display gardens, Westport Estate offers a significant historical record of the pioneering Hamilton family in the area. The Hamilton family legacy is preserved in the restored buildings and rejuvenated garden spaces, lovingly built and cultivated over many years. 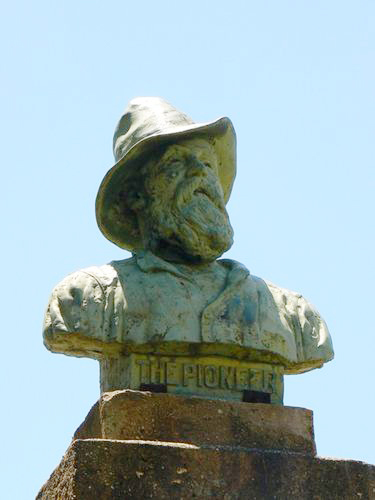 In the late 1830s pastoralists from Victoria, New South Wales and Tasmania began taking up large tracts of land in the areas surrounding the Macedon Ranges. Formal record keeping of squatter settlements also begun around this time, with Henry Howey’s station one of the earliest recorded in the area.  Howey had arrived in Sydney from England in 1826 before marrying, having six children, and becoming a prosperous grazier in Goulbourn, NSW. In 1837 he joined the many enterprising graziers who drove their flocks across the Murray into Victoria, where he settled on the land extending from Riddells Creek through Gisborne to Mount Macedon, including what was to become the Westport site.

Howey returned to Sydney to bring his wife Maria and their young children to their new home. Tragically their schooner was lost at sea, with the whole family believed deceased. A stone cairn and tablet erected in 1905 to commemorate the life of Henry Howey can be found in Gisborne.

As a squatter, Howey did not own the land and as it was not listed in his Will, his squatter’s rights were not inherited. The right of the station was divided and sold in three sections at auction on July 16, 1839. One of these sections was purchased by cousins Thomas Ferrier Hamilton and John Carre Riddell. 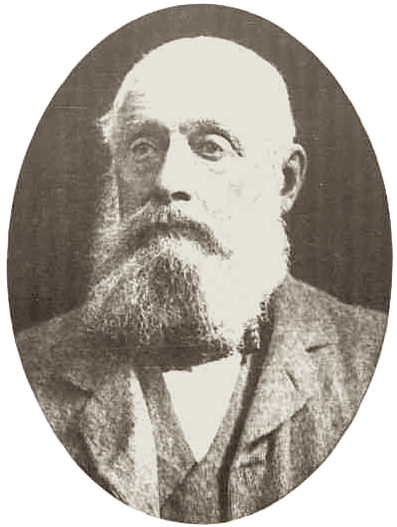 Thomas Ferrier Hamilton arrived in Sydney from Scotland with his father, Colonel John Ferrier Hamilton of Cairnhill and his cousin, John Carre Riddell in 1839. Together they rode to Port Phillip Bay. Thomas and John Riddell soon purchased a 25 square mile non-freehold run at Mount Macedon, for 2000 pounds in the auction of the late Henry Howey’s cattle station. In 1842 they established a Homestead near the then Macedon River, now Riddells Creek. The Homestead was named Cairn Hill after Thomas’ father’s property in Scotland.

In 1851 Thomas Hamilton married Elizabeth Stephen and together they had eleven children. The cousins dissolved their partnership in 1861, with Riddell retaining Cairn Hill and Hamilton building Elderslie Homestead for his family, and eventually owning 1536 freehold acres.

Hamilton was not only a pastoralist, but also a politician and Victorian Representative cricketer. A magistrate in Kilmore and justice of the peace, he was elected to the Victorian Legislative Council in 1872, sitting as a member for the Southern Province until 1884. He was a member of the Gisborne Road Board, president of the West Bourke Agricultural Society and member and president of the Melbourne Cricket Club.

In 1905 he died aged 84 years, survived by only two of his sons. Each of them inherited 80 acres of their father’s land. One son, Vereker (named after his grandmother, Georgina Vereker’s family) and his wife Nina built a country house on their portion.

The beautiful weatherboard Indian Bungalow style Homestead of Westport was built by Vereker Thomas Sidney Ferrier Hamilton and his wife Nina in 1908, to enjoy with their daughter Grizel. The Homestead, named after a property owned by his grandfather in Scotland, remains intact today with its hipped main roof, gabled attic dormers, red brick chimneys and encircling verandahs.

Between 1913 and 1915, Vereker and Nina made a series of extensions, and during the First World War the attic was added. The property was leased for a time in the 1930s but the Hamiltons retained ownership.

As keen gardeners, both Vereker and Nina spent much time at the Westport estate cultivating the gardens that are still enjoyed today. Their plantings included the oaks lining the driveway, pin oaks close to the Homestead, a weeping elm, a large collection of arbutus, a grove of silver birches, many beautiful flowering plants and thousands of daffodils, bred by Alister Clark, renowned Rose and Daffodil breeder of the late 1800’s. Their love of gardening is still apparent in the beautiful established trees and emergence in spring of daffodils dotted along the driveway and around the property.

After Vereker’s passing in 1948, three years after his wife, ownership of the Westport estate and beautiful gardens remained in the family, with the property being leased for a long period from 1959.

Great nephew to Nina, Neil Roderick Goldsbrough Robertson also shared his Aunt’s love of gardening. The most recent owner of Westport, Neil lived in the Homestead for many years, nurturing the gardens back to their former glory. In 1988 Neil became involved in Australia’s Open Garden Scheme and served as its national executive officer for almost 20 years while he further cultivated his gardens to share through the Scheme. Neil wrote a weekly gardening column for Melbourne's Herald newspaper and co-authored The Open Garden: Australian Gardens and Their Gardeners (Allen & Unwin, 2000).

Neil’s other love was for curios, with his first antique purchase at the age of 12 informing a lifetime of collecting. Following his graduation from Geelong Grammar in 1973, he worked in Australia and England as a bookseller, before becoming the proprietor of Melbourne’s iconic Webber’s Booksellers.

Westport was a testament to Neil’s loves, with the Homestead full of an enormous number of books and collectibles including a unique ebonised early 19th century campaign chest with a plaque inscribed ‘Thomas Ferrier Hamilton Esq’ (1820-1905)’. This Chest is proudly displayed in the foyer of the original part of the Homestead.

Ben Martens understands all too well the importance of legacy. Ben’s father Peter established his first retirement community in Adelaide, to create a wonderful future for his parents. Ben and his wife Joanna, and Peter’s daughter Kate and her husband Tom, soon joined Peter in the business. Together they established several retirement communities in South Australia and Victoria.

Early in his time in the family business, Ben lived in the Macedon Ranges area. Here he developed a deep affection for the region with its open spaces, crisp clean air and country charm. He also enjoyed the convenience to the city and suburbs of Melbourne via road and rail. For some years he had been on the lookout for a property to rejuvenate and develop into a unique retirement estate, incorporating architecturally designed homes and exceptional landscape with all the charm and elegance of a country estate.

By chance, a friend of Ben’s introduced he and his family to Neil Robertson. Coincidentally, Ben’s aunt Sue Martens had been on the National Open Garden Scheme Committee with Neil 10 years prior, and had also visited Westport. With these connections, the conversations began.

Neil knew it was time to downsize and with the land now being rezoned residential, he was very protective of the fate of his estate.

Westport was not only Neil’s home, but also his pride and joy. He had planted many of the pin oaks from acorns and cultured an enormous field of bulbs. His deep affinity with the property saw him heavily invested in securing its future preservation.

Over a number of cups of tea in the library, surrounded by Neil’s treasured books, art and collectible pieces, Ben gave Neil a view of his vision to retain and enhance the original Homestead and much of the original heritage gardens. Ben’s business philosophy centres on the belief that retirement is to be enjoyed and that village life is an extension of family life. This philosophy is perfectly aligned with the family legacy of the Westport Estate.

Neil passed away in 2018, in the knowledge that Westport Estatewas in good hands with new custodians to protect its legacy into the future.